Civil engineering by Costin Roe Consulting at Horsley Drive Business Park Stage 1 has been ‘Highly Commended’ for ‘Excellence in Integrated Stormwater Design’ and the achievement of ‘world leadership in sustainable design’.

Commendations were accepted on behalf of Costin Roe Consulting by representatives of the local municipality, Fairfield Council.

Costin Roe Consulting was given special recognition during the annual award presentations at the Stormwater NSW Conference 2017, held in Newcastle where the firm maintains its second-largest office in NSW and national civil engineering headquarters under the supervision and mentorship of director, Mark Wilson.

“The Costin Roe Consulting team and their key stakeholders are to be congratulated for their demonstrated leadership in both sustainable and integrated stormwater planning and design.”

“The redevelopment of 21.3 hectares of degraded land has resulted in significant benefits for water quality, biodiversity, and the local economy.”

“The project sets the benchmark for sustainable and integrated industrial development being the first project of its kind in Australia to be awarded the 6-star Green Star Rating, acknowledging world leadership in sustainable design.”

Key stakeholders included The Western Sydney Parklands Trust, which owns the site, and Frasers Property which entered into a development agreement with the Trust to establish a mix of facilities that would meet the highest sustainability benchmarks. As a result, the Horsley Drive Business Park is the first and only industrial precinct in Australia to successfully target a ‘6-star’ Green Star rating (Green Building Council of Australia), certifying ‘World Leadership’ in sustainable design. Mark Wilson credited Newcastle-based Costin Roe Consulting civil engineer, Mitchell Cross, for outstanding contributions on behalf of the firm towards the successful completion of HDBP Stage 1. 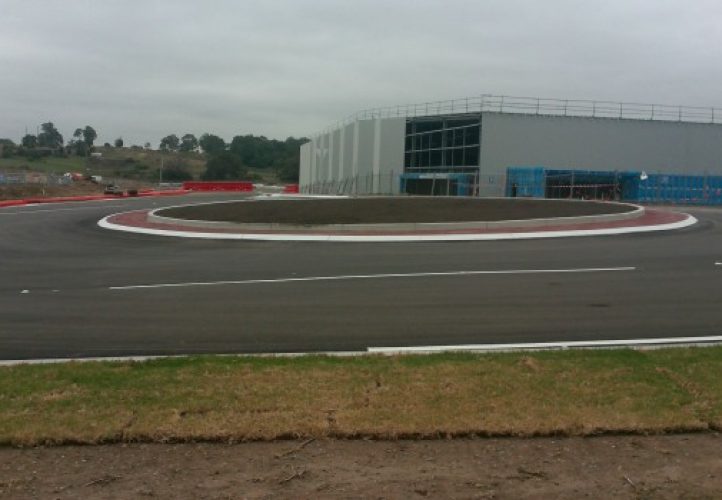